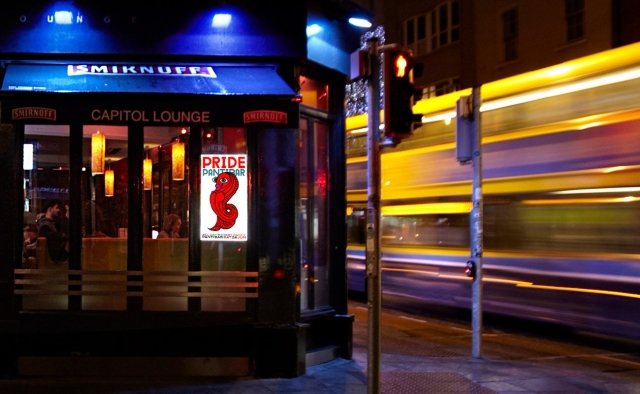 Orb is Ireland largest street side network, targeting people on the move. Rushing for Yoga (there’s a paradox), on the coffee run, popping out for a sandwich, going for dinner, meeting friends, stopped at lights, walking to work, going out… are all easy every day ways to see Orb screens.

Digital meets DOOH - Recently significant synergies have emerged between traditional digital advertising and DOOH. Most exciting is the extension of Supply Side Platforms (SSP’s) to include DOOH networks. Orb’s key partnerships facilitate digital planners and buyers to extend their portfolio onto DOOH. Campaigns are fully programmatic in design, consistent with digital metrics and include the additional benefit of being ADBLOCKER FREE. RIGHT PLACE, RIGHT MESSAGE, RIGHT TIME

The Orb screens are strategically located in high density foot-fall hotspots. We bring Digital Out of Home beyond the traditional mall and transport clusters into the very heart of the action. City centre, down town, busy commercial hubs, creative quarters, entertaining and eating areas define our focus.

High Bright - Sunshine makes us happy, we love blue skies and clear days. Digital Screens are not such fans! Sunlight can dim down screens in day time and make them invisible. The NEC Orb screens are super High-Bright… up to 2700 candelas! This means your campaign is super bright, always on all the time.

Evolution of Advertising - Out of home advertising is changing in remarkable ways, fast. Orb is at the leading edge of this growth curve. What once was analogue turned digital, then became connected (online), now is embedded with intelligence and will soon become autonomous.

Analytics Enabled - Embedded sensors and specialist software transform the Orb network into a bespoke data accumulator. This data helps our clients build business intelligence, and make better decisions. With the war on awareness at an all-time peak, more people are hit with more messages than ever before. Orb allows brands measure exactly the effectiveness of each campaign.

Please download the brochure, or click the "more information" button to learn more about the challenges, the solution and the result of the QEII Conference Center solution. 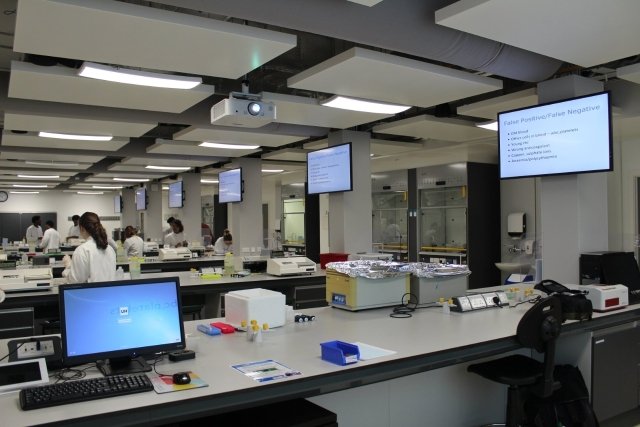 Please download the brochure to learn more about the challenges, the solution and the result of the installation @ the University of Hertfordshire. 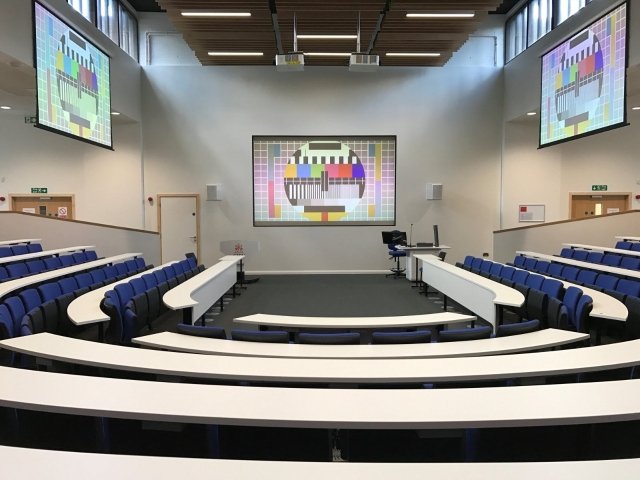 A bright digital welcome in a dazzling, modern environment

Please download the brochure to learn more about the challenges, the solution and the result of the installation @ the City, University of London. 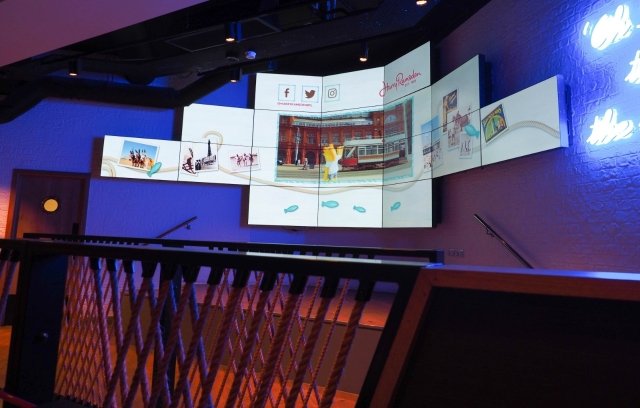 Please download the brochure to learn more about the challenges, the solution and the result of the installation @ Harry`s Restaurants. 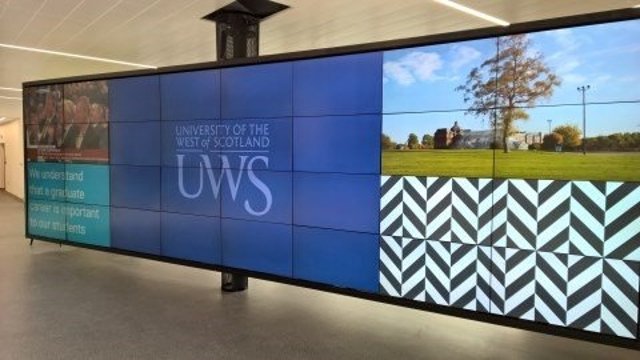 At the University of West of Scotland (UWS), a new technology-rich reception area has been created at the entrance to the Paisley campus named as “The Atrium”

The centre-piece of which is a single monolith, digital display wall:

Control is provided by a PIPView BlackBIRD video wall controller:

There is a further video wall which is located behind the reception desk, control again is via another PIPView BlackBIRD unit:

For ease of operation, the system uses pre-set layout templates, easily selectable from a touch panel in reception.

With both video walls; to maintain quality across the whole digital canvas from the various input sources, all screens are driven at native HD resolution with the ability to display any input, any size, in any position (PIP picture in picture).

Jim O’Donnell, CIO at UWS commented “the new display area is incredible, it has been a huge hit with our students and staff alike. The technology will allow students to share digital output, bringing to life a key element of our DREAM-BELIEVE-ACHIEVE focus”

Located in Glasgow, Scotland the installation was completed in Spring 2016

The new facility was officially opened by H.R.H. the Princess Royal during a visit to the Campus on 12th February. 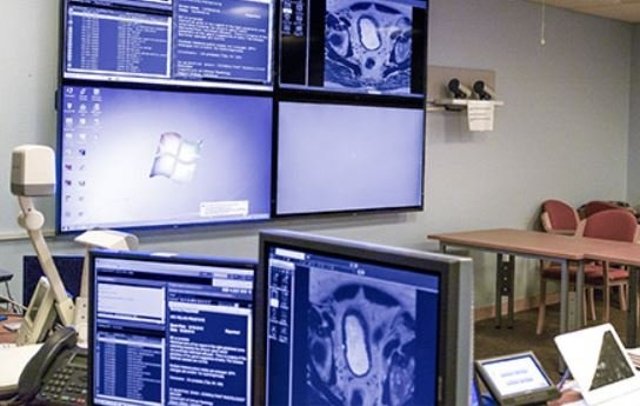 Please download the brochure, or click the "more information" button to learn more about the challenges, the solution and the result of the Rotherham NHS Foundation Trust  solution. 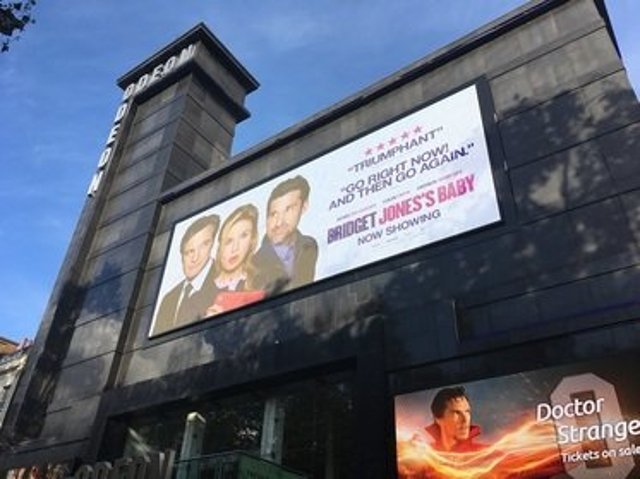 THE ODEON LEICESTER SQUARE - Lighting up London`s home of entertainment

THE CHALLENGE - The installation of the new screens will allow ODEON Leicester Square to instantly change what is displayed, eliminating the need to regularly hire traditional ‘cherry picker’ lifts to change what is displayed on the poster boards, making the screens a more environmentally friendly alternative to displaying posters.

THE RESULT - Simon Jackson, Vice President, NEC Display Solutions, comments, "This display has to be seen to be believed. It really is an impressive sight, and a tremendous achievement for NEC and ODEON. Given consumer expectations for video content to inform, delight and engage, this type of display sets new standards in delivering a variety of information in real-time."

Andy Edge, Commercial Director at ODEON, comments, "We are really excited to launch the new LED screens at ODEON Leicester Square. It is an iconic film destination that has become synonymous with red-carpet film premieres, so we are thrilled to be able to move the premiere experience into the digital age with these state of the art LED screens. The recent regeneration of Leicester Square has breathed new life in to the area, and we hope that these screens, which are the largest of their kind in Europe, will help re-assert the square’s position as London’s home of entertainment." 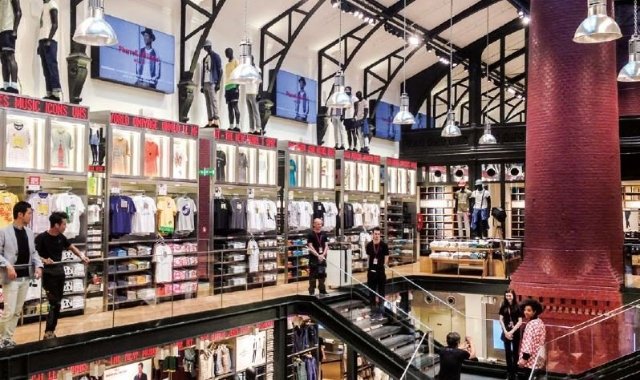 A busy shopping street: With support from GOERTZ, UNIQLO opened a state-of-the-art flagship store in London’s Oxford Street, one of the most important and profitable shopping streets in Europe.

You can’t be modest if you want to make it in the Oxford Street area – many big brands compete for customers here. The design for the UNIQLO flagship store in London is adequately lavish and eye-catching. The GOERTZ team installed media technology on several floors: In the entrance area, an LED video wall welcomes visitors to the store. UNIQLO employees can activate the 16 meter (52 feet) wall to show video material. Other media technology highlights include escalators with an LED ticker, displays as individual monitors in the checkout area, as 1x4 display columns or a 3x3 video split wall. The sound system and the PA system for the five-storey store were also designed and implemented by GOERTZ.

• Lift area with a total of two 46“ displays 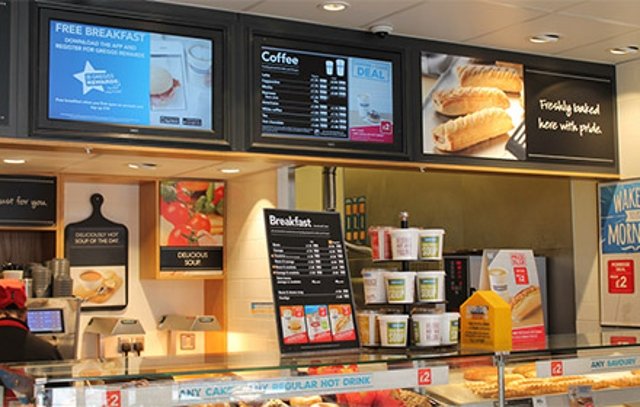 Please download the brochure, or click the "more information" button to learn more about the challenges, the solution and the result of the digital menuboard solution @ Greggs restaurants. 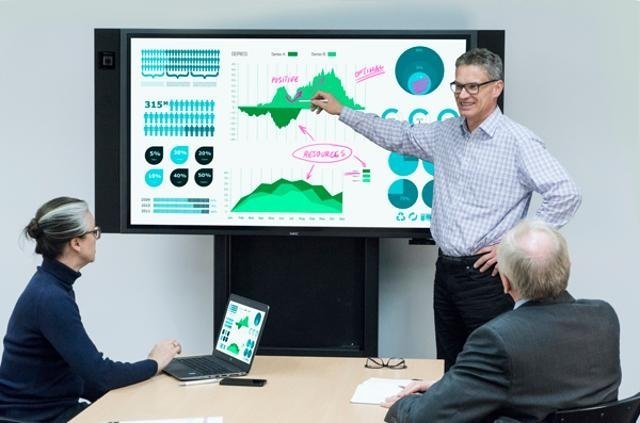 Meeting rooms are evolving into multi-use spaces. NEC’s InfinityBoard is designed to fit your meeting scenario, whilst perfectly fulfilling your needs for a powerful and scalable workspace. Presenting, brainstorming, reviewing, video conferencing or collaborating - whatever the objectives of your meeting, the InfinityBoard presents a perfect fit modular solution to achieve your desired meeting room space.

Your all in one solution for your meeting room

• Ready for any video conferencing platform.